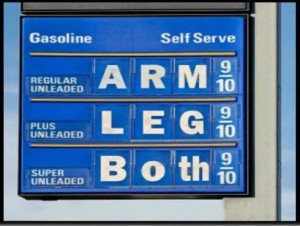 The fragile economy, high unemployment, and national debt are major concerns for many Americans across the country. While President Obama is campaigning on another so-called stimulus plan that will raise taxes on American families and job creators, he’s ignoring one of the best solutions to these problems—increased American energy production through drilling in the Arctic National Wildlife Refuge. The United States has vast energy resources that are not currently being harnessed. One particular area with the greatest potential for new American energy development is ANWR in Alaska.

For decades, both sides have argued over the costs and benefits of drilling in ANWR. However, given the advancements in technology and our current economic struggles, it’s clearly time to give ANWR energy production fresh consideration.

The North Slope of ANWR, a tiny section of the 19 million-acre refuge, was specifically set aside by President Jimmy Carter and Congress for potential energy production. A plan developing less than 500,000 acres would provide access to the majority of ANWR’s energy resources. We can harness the potential of ANWR by using less than 3 percent of its acreage.

Advances in technology allow for energy production to be conducted safely and with minimal environmental impact. New extended-reach drilling allows for a single drilling platform to cover a 28,000-foot radius—larger than the size of Washington, D.C.

Energy production in ANWR will result in considerable economic benefits. It will create tens of thousands of American jobs and, according to estimates, could generate approximately $150 billion to $296 billion in federal revenue over the life of production. This doesn’t even include the cumulative economic impacts that will be felt at the local and state levels.

ANWR contains an estimated 10.4 billion barrels of oil that could be used to help lower gasoline prices and strengthen our national security. At peak production, ANWR could produce up to 1.45 million barrels of oil per day—more than the United States currently imports daily from Saudi Arabia. Americans are tired of spending $1 million per minute importing foreign oil. Increased American oil production in places like ANWR strengthens America’s energy security and takes money out of the pockets of unfriendly OPEC countries. According to the Energy Information Administration, for each barrel of oil produced in ANWR, U.S. imports will decline by one barrel—insulating ourselves from the unstable global market.

[See a collection of political cartoons on gas prices.]

Critics argue that we shouldn’t drill in ANWR because it will take 10 years for the oil produced to become available. This fuzzy logic has been used for the last 20 years by those who simultaneously argue that renewable energies like wind and solar need decades to mature, along with billions in government subsidies. This inconsistent comparison is illogical and fails to provide equity in America’s need for an all-of-the-above energy policy. While oil from ANWR might take a couple of years to get online, the job creation and effect on the economy would be almost instantaneous, as infrastructure and development activity could start immediately, sending billions to the federal government and employing thousands of people.

Original article written By Doc Hastings Nov. 3, 2011 and can be found here US News & World Report